On the hustings today 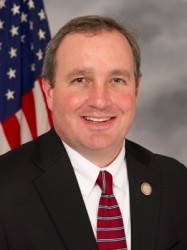 Just two days after Congress left Washington, the S.C. 3rd District congressman makes an appearance in Walhalla. The Associated Press reports the just-concluded session left Congress frustrated over what’s seen as one of the least productive sessions in history. If Congressman Jeff Duncan, the Laurens Republican can use some direction, he may get it today during his speaking engagement at the Walhalla Rotary Club. Duncan is standing for a second term during the November election.