Units from Keowee-Ebeneezer, West-Union, GHS EMS, and Oconee Sheriff’s office responded to a Sunday evening report of a small plane falling from the sky near Lake Keowee close to the West Union Area.  Fire Chief Charlie King of the Oconee Emergency Services says units responded around 5:45 Sunday evening after Oconee 911 center received several calls. Responders found the pilot along McAlister road and were quickly able to locate the crash.

King says the pilot and his single passenger were uninjured. The small, experimental plane sustained heavy damage in the crash. The pilot reported an engine failure and stated he tried to land on a newly constructed residential street.

The Federal Aviation Administration and the National Transportation Safety Board have been notified for investigation into the cause. 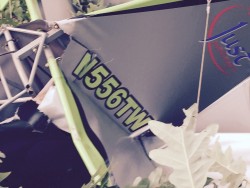