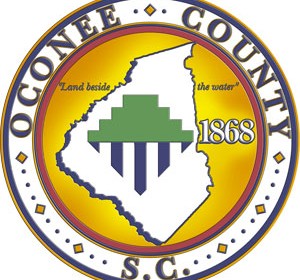 As president of the South Carolina Association of Counties, Paul Cain of Seneca has been able to elicit a scholarship for a local student.  Last night a ceremony was held during the Oconee County Council meeting in which Ellenor Burrell was featured and announced as the 2022 recipient of the South Carolina Association of Counties Presidential Scholarship.  It’s a $2 thousand boost to Ellenor as she’ll pursue a degree in banking and investments at Clemson University.  After listing her accomplishments, Cain called her “most deserving.”