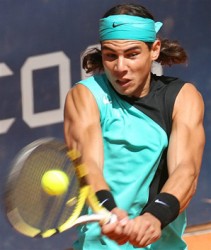 Nadal Will Miss US Open

Spain’s Rafael Nadal withdrew yesterday (August 15th) from the upcoming U.S. Open because of tendinitis in his knee, the same injury that’s kept him out of competition since his stunning loss in the second round at Wimbledon in late June to 100th-ranked Lukas Rosal. Among what he missed was the London Olympics, where he was to defend his 2008 gold medal. The third-ranked Nadal lost in the U.S. Open final last year to Novak Djokovic of Serbia.