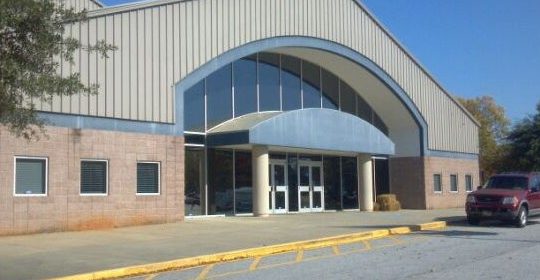 At the urging of Seneca Planning Commission, the real estate group pursuing a large home development on the city’s northwest edge held a community meeting to allow nearby residents the chance to learn more about the project and to ask questions and register concerns.  And there remain many concerns of homeowners in Keowee Plantation, Woodcreek Drive, Queen Anne Lane and other neighborhoods.  Officials of the real estate group Forestar have yet to settle on a name for what they plan to be a near 100-acre development of single family homes and town homes.  But they displayed a site plan that lays out room for 88 single family homes, 256 town homes, and green space.  They promise the development will be environmentally-friendly to creeks and streams.  It’s the density and the traffic impacts that have nearby residents worried.  More than one in yesterday’s audience expressed the wish that Forestar and the builders will reduce the number of town homes.  Neighbors say increased traffic will only make more difficult cars crossing the train track on New Holland Road and the Frontage Road-SC 28 traffic light intersection.  Tricia Chassen of Forestar admitted that there’s little or no chance that the DOT or the railroad would agree to make improvements there, and it’s a situation over which her real estate group has no control.  Last night’s community meeting, held at the Shaver Recreation Complex, was scheduled for one hour, but beyond 6:30 the audience was still engaging their meeting hosts.  John Richardson of Forestar’s Greenville office explains that the next steps include requesting the city planning commission to recommend the annexation of the property and the classification of a Planned Development-Residential zoning covering it.  Then, design work will commence, permits applied for, closing on the property, and breaking ground on construction.  The property is under contract to the developers.  The builders of the homes have yet to be chosen, according to Forestar.