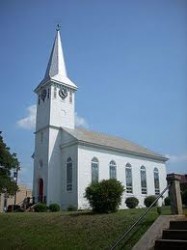 Chairman Sam Lee of the Oconee Board of Zoning Appeals says the issue of whether the county’s zoning administrator acted properly in rejecting the appeal of a Walhalla church has become so complicated the board needs a finding of fact and consultation with the county attorney. The board took no action last night on the appeal by St. John’s Evangelical Lutheran Church, which opposes a lake residential zoning classification for its Lake Keowee property, commonly called Biggerstaff. The finding of fact and the result of a contact with County Attorney Tom Martin could be ready for the board’s consideration as early as a meeting next week, depending on the availability of the attorney representing the rezoning applicant. Last night’s meeting began with Larry Brandt, St. John’s attorney, declaring that the board of zoning appeals was the wrong venue for the issue to be heard. Later Mike Glenn, attorney representing rezoning applicant J. M. Smith, agreed. But the board sided with an opinion given by County Attorney Martin. Zoning administrator Josh Stephens said Martin advised that the board is the proper venue. And there was a consensus on the part of the board that the zoning staff had acted properly in processing the rezoning application. Chairman Lee said, however, he wants Martin’s opinion on whether one of the rezoning petition’s signatures should be declared invalid because the signer has since died and the property has transferred. The validity of that signature may be key, as the signatures submitted barely crossed a required 51% threshold.